Cleaning off the Paint Table: God I suck at finishing projects...

So I've been super busy not painting what I said I was going to paint.  Those Dunedain?  I barely finished my base coating, mostly because I was distracted by an idea one afternoon.  I was sorting out my closet and I found some MDF board, foam core, balsa wood and Popsicle sticks.  Looking over everything I decided...yeah screw painting lets make terrain!

So I started to make terrain... 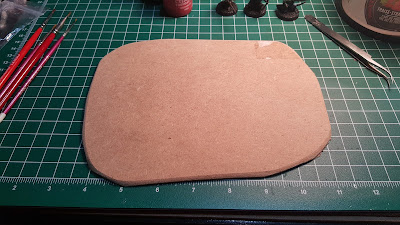 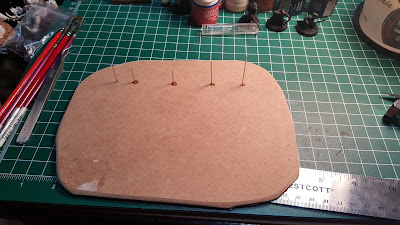 I started with a square piece of MDF board that I sawed and rounded (somewhat) with a hand sander.  I then measured and drilled holes into it and glued Paperclips into the holes to be the support. 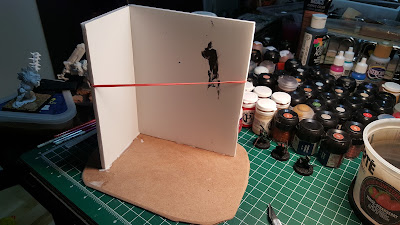 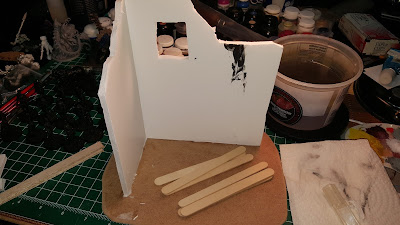 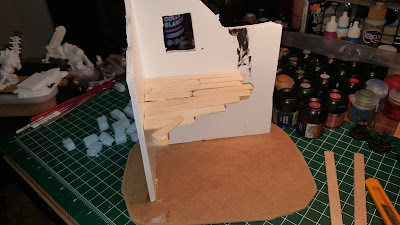 I then proceeded to cut off bits to make it look more like a ruined building.  I also prepared a bunch of Popsicle sticks to construct the rest of the inner building.  I cut and tore the sticks to give them a rough look and I cut holes in the foam core to hold them up for an upper floor. 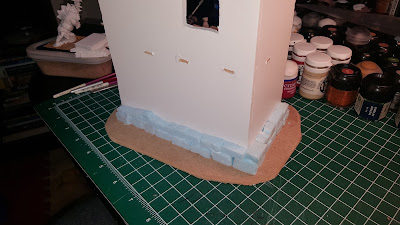 I then cut up pieces of Polystrene into rough chunks and I built bricks on the bottom corners.  I used white glue to hold all of them in place. 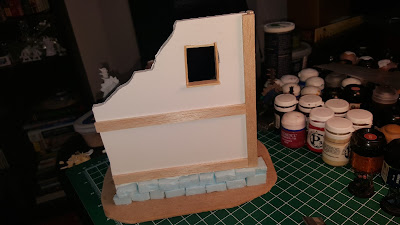 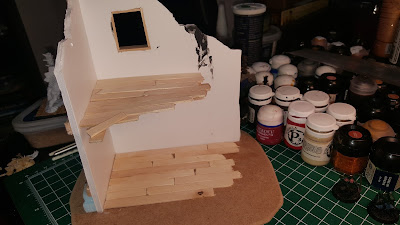 I then build the structure of the house using Balsa wood around the outside.  Both to make it look more realistic, but mostly to cover the holes caused by the Popsicle sticks.  I also built the floor on the bottom using the same technique with the upper floor. 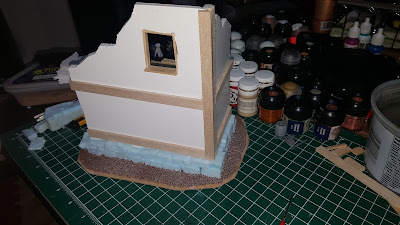 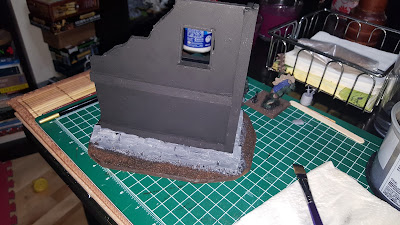 I then based the model using small rocks and white glue. Once the white glue had dried I painted over all the rocks with 50/50 White Glue/Water to seal them in.  Once dry I gave the whole thing a base coat using acrylic paint I had bough cheap at an art store.  Colours used were black, dark brown and grey. 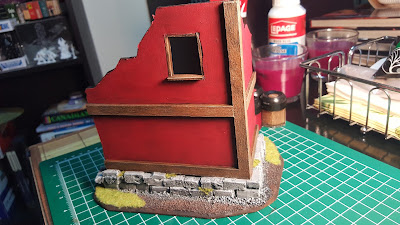 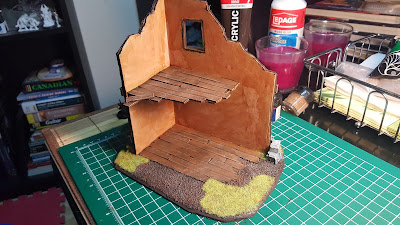 I then proceeded to paint the damn thing and flock it.

I painted the outside with an acrylic red and the inside I white washed the walls, but then gave it a really heavy ink wash to simulate mud, dirt and rain striking the building.  It is now done and ready to play with!

So my next update will probably be about what I plan to work on in the new year, so stay tuned!

-Commodus
Posted by Commodus Leitdorf at 17:05