Project Battlefield: I have a surprising amount of Unfinished Terrain

So going through my pile of unfinished terrain I decided to actually put paint on a particular piece I've had sitting around for awhile.  I had bought a lot of pieces of the Garden of Morr set back when it looked like GW was discontinuing the line.  Then they re-released it again making the entire thing pointless!

Despite that I have a few random pieces I got cheap that I decided to just throw together into a few terrain pieces.  I decided to work on the easy one first...so without further ado: 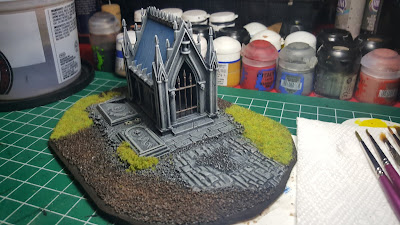 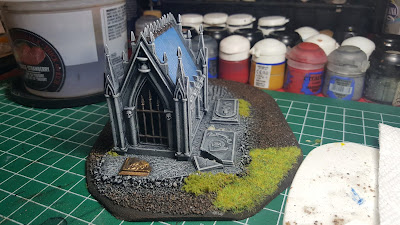 Here it is!  All I did was glue the plastic base for the Garden of Morr on a MDF base I cut and sculpted a foot path using miliput.  This is probably the easiest terrain piece I've put together, and that includes the stone hill!

I plan on making more terrain but I got an itch to paint a few mini I have half-prepped. 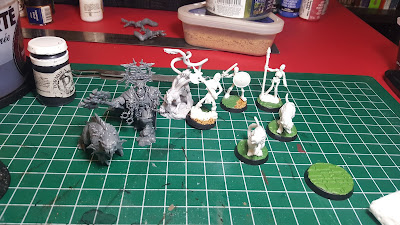 I got some D&D minis I want to get done and, of course, a Mighty Lord of Khorne!  I think it's time I put some effort into another Age of Sigmar force before 2nd edition come out.

-Commodus
Posted by Commodus Leitdorf at 04:58