Summer is my slow period, I don't like to stay in and hunker down in front of my paint table too much when the weather is nice.   As a result, I don't get much done.  That doesn't mean I don't get some stuff done!

So with that said... 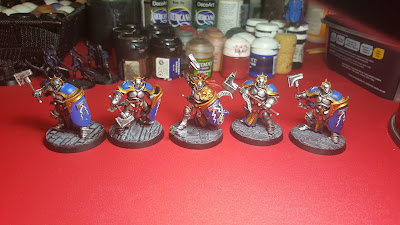 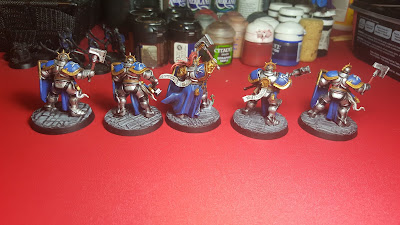 The first painted unit for my Hallowed Knights Stormhost.  The plan is to get 1000pt army together so I have more options when putting together battle reports.  Most of my friends enjoy the game but aren't big on the whole buying/painting minis like I am.  So usually when they want to play I just loan them one of my armies.  Most of them are for Fantasy Battle/9th Age/Kings of War however, and I want more dedicated AoS armies.  This is one of them which I hope to get done soon, once I get my hands on the last stuff I need.

Now, that all being said I also want to make sure I have a good table to play on!  So I've been slowly upping my Terrain and working on different stuff.  One such inspiration was for simple scatter terrain. 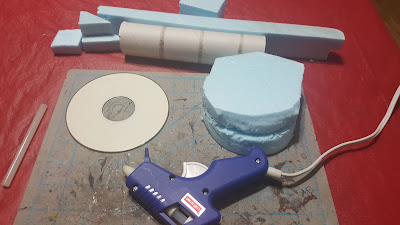 So grabbing some random stuff I have lying around I began my journey!  An old CD for a base, some foam and glue to start. 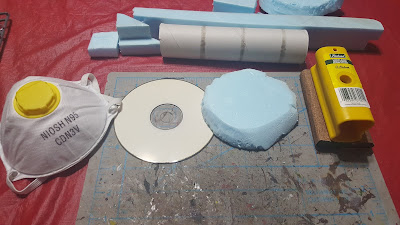 So in order to make a mini scatter hill I used an knife and a hand sander to model the hill into a shape I wanted.  I also ran the sander over the CD to give it a rough surface so it would take glue and paint better. 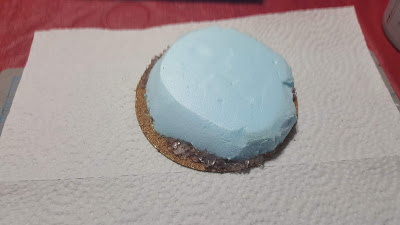 Voila! after applying sand and some decorative rocks I got at the dollar store for effect I got it ready to prime. 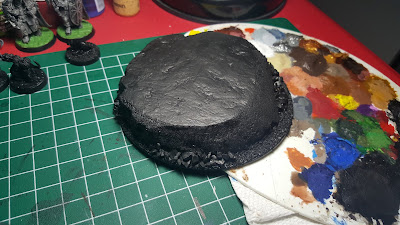 This is after I applied the primer/sealer.  It's just black craft paint mixed with Mod Podge.  It's ideal for working with foam as it hardens it up and prevents chipping.  Note to everyone DON'T USE SPRAY PRIMER!  The accelerant in spray paint melts foam....I learned that the hard way. 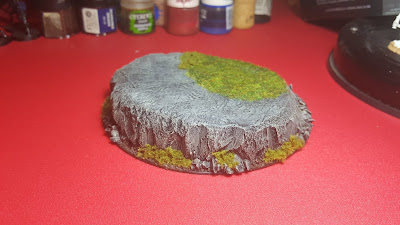 Here's the final product after painting/flocking/sealing the grass with watered down Mod Podge.  Quick and easy!  In fact the longest step is waiting for the Mod Podge to dry.  I got 3 more scatter pieces I'm working on right now before I work on something...larger.

That's it for now!

-Commodus
Posted by Commodus Leitdorf at 07:26

Email ThisBlogThis!Share to TwitterShare to FacebookShare to Pinterest
Labels: Age of Sigmar, Terrain