Hello once again all!

So November came and went and I did not paint no where near as much as I would have liked.  But I did get SOMETHING done!  I had a week off to work on it and I only got 25% of what I wanted done, done.  But I did manage to finish a unit.

So Without further ado! 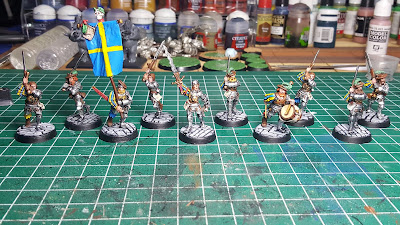 A complete 10 man unit for my Cities of Sigmar army!  Ready to lead the forces of the Averholme out to battle!

Okay they took much longer then I intended mostly because I forgot how annoying painting these metal minis was.  Despite that however, they are now done!  So, not including the one model I painted as a test I can add 9 more minis to my complete pile taking my total for the year to 102 Models!

I broke 100!  and I still have most of December to spare!  Guess I'll have to keep adding to my Cities of Sigmar army... 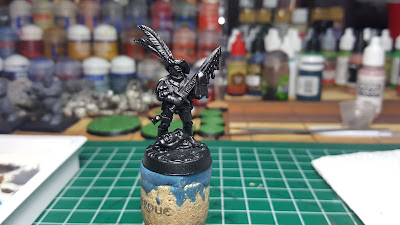 One Freeguild General in the Pipeline!

Posted by Commodus Leitdorf at 11:36