Another month gone and...not a whole lot of painting happening either.  Summer + Painting = Not happening.  At least for me at any rate.  But that doesn't mean I haven't been busy!

I  have a pretty full painting table with half-started minis, stuff I base coated to paint but just...never did.  As well as half built projects I have waiting around.  So for the last few weeks since my last update I have been building stuff and getting my to paint pile ready to go. 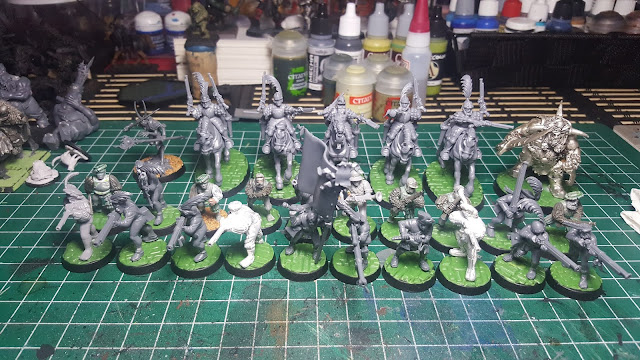 So I've been slowly building my Cities of Sigmar army since December.  Finally nailed down what I want in the list and have been slowly buying what I need.  I managed to buy a bunch of old and new models and decided to put them all together to make one whole unit.
So Its a mix of 5th Edition plastics with metal arms, 6th Edition Starter set Handgunners and 7th to AoS plastic Freeguild Hangunners.  Also one Militia/Mordheim dude in the back.  I got to say, those arms are annoying to get on.  Behind that are 5 plastic Pistoliers I got cheap and added a bunch of bits too from my bits box.  On either side a Magister and a Metal Ogre Maneater for my Mawtribe are all ready to be based! 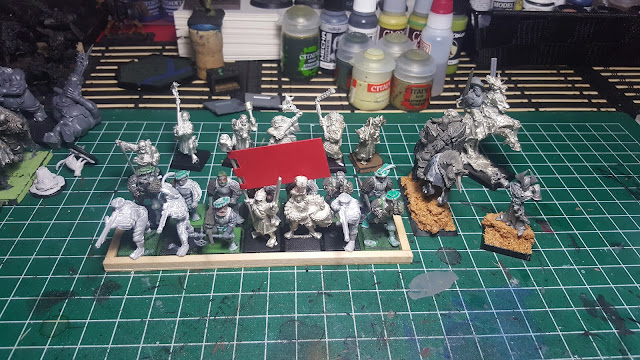 For my Fantasy armies I took all my random Handgunners I had left over and made a 14 man unit. Their movement tray and bases are all magnetised and ready to use!  In addition 6 old Flagellants, My Elector Count and 2 old metal Chaos minis for my Nurgle army.  Yes I decided to put that one together as well just cuz...well why not? 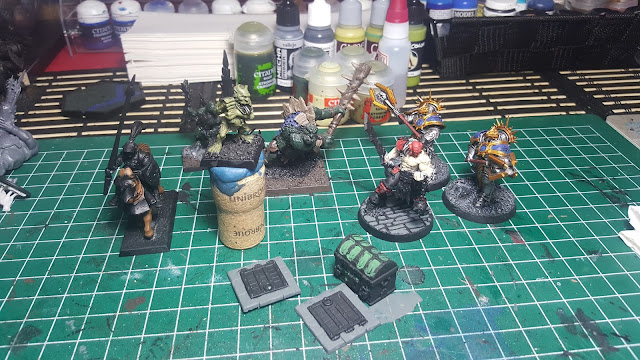 And here we have... a bunch of stuff half done.  Not even sure I'll do these first!  I still have a bunch of other stuff to put together.  I do want the Nurgle army completed once I figure out whats going in it!
So my monthly total stays the same for now at 59 models for the year....but I have so much coming up!  Stay tuned!
-Commodus

Posted by Commodus Leitdorf at 07:00