So here it is!

6 years after picking up a box of Ogre Bulls to get a few bits for a Chaos Dwarf army and an Empire Army unit filler, and 4 years after deciding to use the remaining models to make an army I finally finished it! 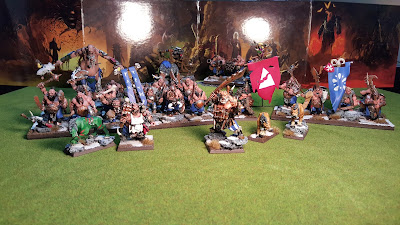 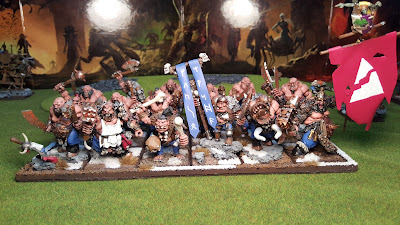 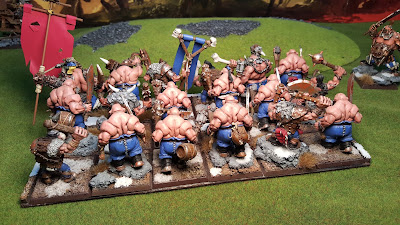 The above unit is the first one I finished.  I had a unit of Golfag's Mercenary Ogres and about four Ogre Bulls left over after I got the bits I needed.  GW had canned Dogs of War a long time ago an I had planned on making a mercenary army for kicks.  Then I had an idea of just combining the two styles of ogres into one unit....then the unit idea turned into an army and the rest is history! 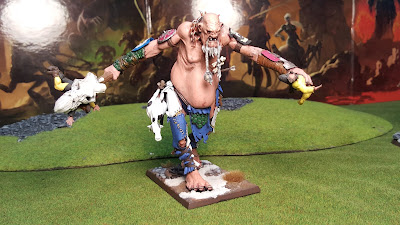 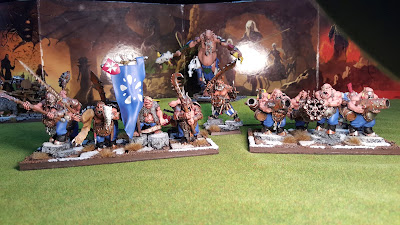 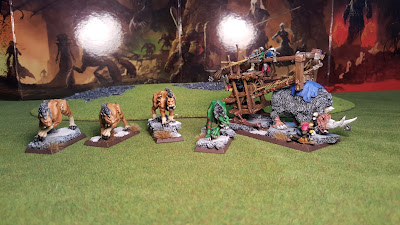 So now, whats next?  More Warhammer?  Bones?  Terrain?  Right now I think I'm going to get my empire army out and try and teach myself the 9th Age.  There is a tournament in May and I think I might join.

I haven't played in a tournament since 7th edition so I will need to not only learn a new game system, but practice and...maybe paint another unit, who knows!

-Commodus
Posted by Commodus Leitdorf at 18:14