Hello one and all and welcome back!

So after a whole week off I sat down and managed to get through a whole hella lotta stuff!  My main "pile" I was working on is mostly done with a few stragglers and new pile waiting to be next!

So with that said lets take a look at all I've done! 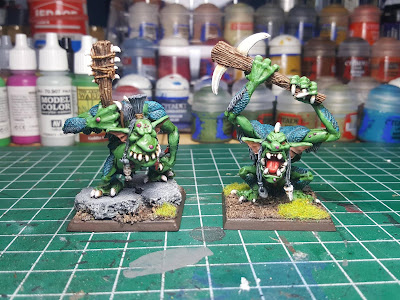 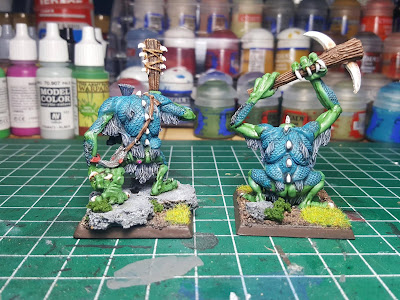 Two OOP River Trolls! I love these models and they were really fun to paint.  Took me awhile to figure out what colours to use to pull it off.  Once I finally decided on what I wanted I wasn't too sure they would look good.  Boy am I glad they came out great! 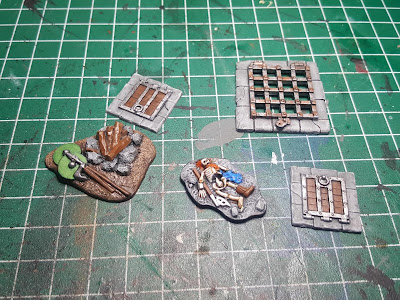 5 pieces of scatter terrain!  Four pieces of LOTR terrain for the Mines of Moria and the grate from the Blasted Hallowheart set.  Finally finished that up and now just have 2 chests to work on.
With that said.... 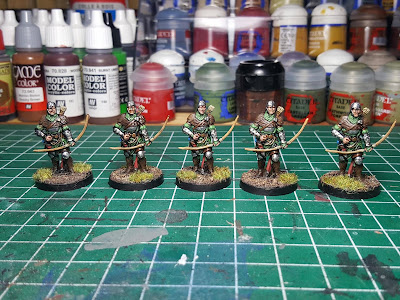 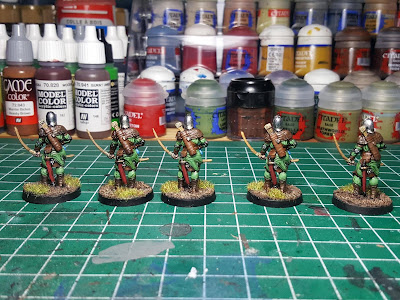 5 Bossonian Archers for my Conan board game.  Oh god I'll never get this project done.  But I am officially 1/3rd of the way through the box...skeletons are up next most likely...
But before that... 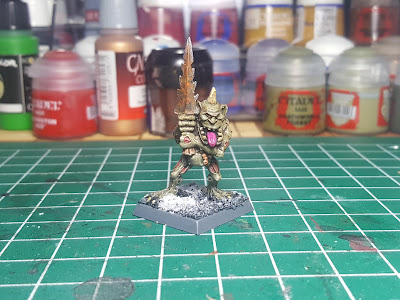 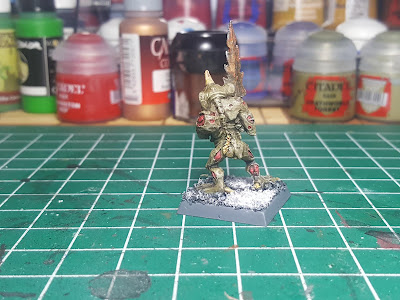 Old school OOP Metal Plaguebearer!  Now this was mostly a test scheme for Nurgle.  One thing I did learn was that I want my  boys to be brighter!  Luckily, multi-coloured Nurgle units look really good. So he'll look great once the rest of the unit is done.
and with THAT said! 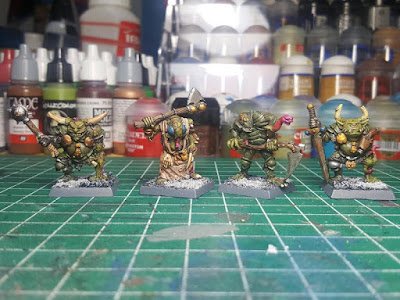 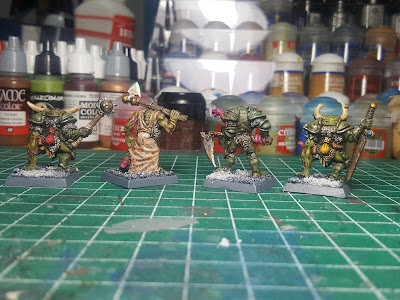 Four old OOP Chaos Warriors of Nurgle!  Got these guys back in 2006 for a Demonic Legion of Nurgle army I had planned that...never happened due to 7th edition Warhammer.  Now is as good a time as any to get it done though!
With that I managed to paint 17 models with about 5 more already in the WIP stage.  I'm happy to have made progress and sure hope to beat my yearly record!
Bye for now!
-Commodus

Posted by Commodus Leitdorf at 03:41