So the month of January has come and gone and it is now time to tally up the minis I painted for the month.  My goal is to finish painting a bunch of stuff I have had half finished on my desk.  As well as paint some box sets I had purchased recently.

With that said, lets take a look at the minis I finished before the end of the month! 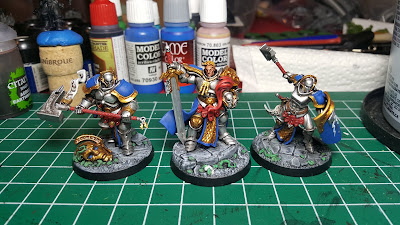 I have completed my first box set of this year.  So my Shadespire box can go on the shelf as I move on to other projects. That also means that my total number of minis painted in January comes to 13.

Not a bad start considering I only really started painting half way through the month!  So now to move to some other stuff I have cluttering my desk. 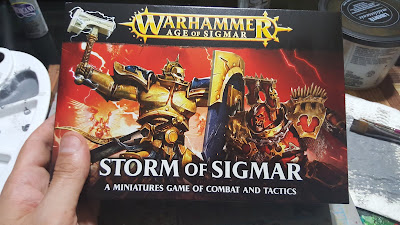 I had bought this box set almost 2 years ago.  I hadn't really gotten around to finishing it although I have painted the Liberators in the box.  I still have 2 Retributors, 3 Blood Warriors and 5 Bloodreavers.  I figured I could use these to flesh out the Stormcast/Bloodbound armies I already have. 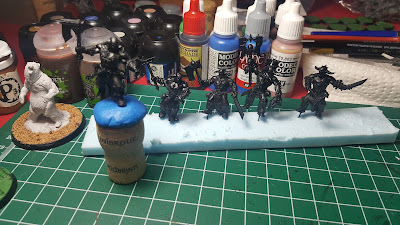 5 Bloodreavers on the paint table and ready to go!  Hopefully I'll have them done by the end of the weekend so I can move on to a few other bits I had picked up last weekend.

-Commodus
Posted by Commodus Leitdorf at 05:07

Email ThisBlogThis!Share to TwitterShare to FacebookShare to Pinterest
Labels: Age of Sigmar, Averholme